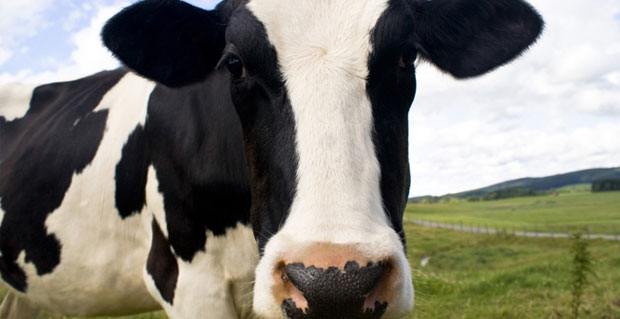 With prices on the increase and all the concerns about food security, anything that reduces farming costs and increases production must be good news.  We all know LEDs cost less to run so it makes good financial sense to make the change.  But now LED lighting has a new fan club – of the bovine variety!

Researchers at Oklahoma State University were commissioned to look at the performance and durability of LED lighting.  Included in the project was the use of LEDs on a working farm.  The effects of LEDs on animal welfare were of paramount importance and any drop in milk yield would be problematic.  So, although not the main objective of the project, researchers also monitored milk production on the farm and made a surprising discovery.   They found using LED lighting led to an increased milk yield!

As part of the research, LEDs replaced the existing fluorescent lighting.  As a result, the cows tested in the experiment produced 6% more milk than they had before.  This equates to an extra half a gallon of milk per cow, per day.  The researchers were astounded.  Clearly this was good news and could have a significant impact on the future of dairy farms.

Although it’s early days and the reason has yet to be established, there are a couple of theories already on the table.  LEDs give off a much more ‘natural’ light than fluorescents, producing a more settled environment for the cows.  And a relaxed cow produces more milk.  One of the university’s professors suggests the increased production might be attributed to the directional benefits of LEDs, as they focus on the troughs and encourage the cattle to eat.

Whatever the reason, we’re delighted to hear the University of Missouri is seeking funding to continue the research.  We always keep tabs on LED technology, and this has to be one of the most exciting developments yet.

At a time when farmers are facing a host of problems including increased costs, diseases such as bovine TB and the threat of the new Schmallenberg virus, good news is very welcome.  So there’s a real moral to this story. Replacing out-of-date lighting for LEDs not only helps the environment and reduces costs, it’s also going to help safeguard your daily pinta.