LEDS on a tighter budget

LEDS on a tighter budget 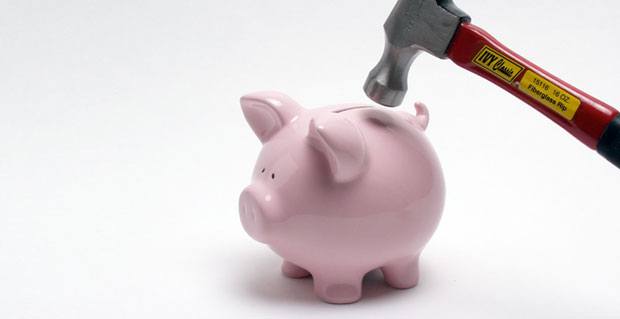 The potential cost savings of switching from incandescent bulbs to LEDs are huge.  At the moment the initial cost of LEDs is still higher, but fortunately this is changing!  Every year, prices of LED lights are falling, giving consumers on a tighter budget the option of energy efficient, versatile, durable lighting.

Now for the science bit … LEDs are made of Gallium nitride (GaN), which shrinks at twice the rate of silicon as it cools. This means it cannot be grown on silicon like other solid-state electronic components, because by the time it cools down it has cracked. Over the past few years, scientists have developed a new design of LED light, adding layers of aluminium gallium nitride to counteract the fast shrinking pure gallium nitride. The aluminium layers take longer to shrink during the cooling process, allowing the LEDs to be grown on silicon.

Industry experts believe it won’t be long until LED bulbs are available for the same price as standard incandescent tungsten-filament light bulbs. Until this happens, you have plenty of other reasons to take the LED route.

LEDs light up straight away, without the gradual warm up of incandescent and fluorescent lamps. On average an LED bulb will last for around 50,000 hours before it needs to be replaced – over 50 times as long as a standard incandescent bulb. When you offset the cost of 50 incandescent bulbs against a single LED bulb, there’s no denying the enormous cost savings. LED lighting is also the more environmentally friendly choice. Unlike fluorescent bulbs, they contain no toxic chemicals, making them easier to dispose of. They consume less energy than other bulbs, which means a lower fossil fuel burn putting less greenhouse gas into the atmosphere.

Having a tight budget shouldn’t stop you from switching to LEDs.  Although they might cost a bit more at the outset, they will quickly save you money on those rocketing electricity bills.