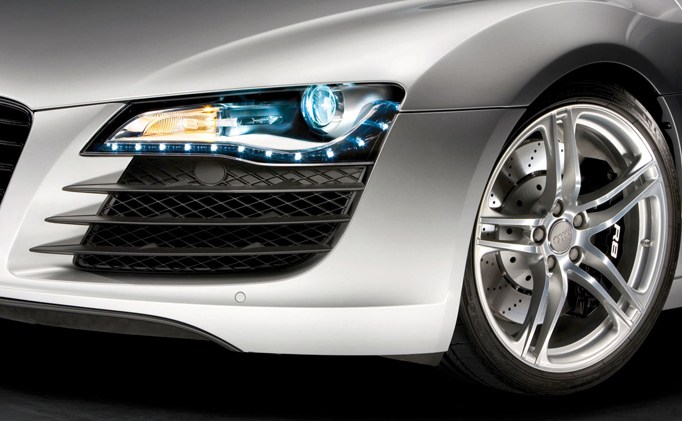 In 2008, the European Union agreed on a new law which affects drivers, vehicles and LED light bulbs.

In accordance with the law, from February 2011 all new cars and small vans in the UK must have daytime running lights (DRLs). From August 2012, the same applies to all new lorries and buses.

Motorists with these vehicles must use DRLs during daylight hours. They serve as a warning to pedestrians and other motorists.

When the issue of DRLs first arose, car makers had a problem. They could use conventional sidelights as DRLs, but the incandescent or halogen bulbs are usually 40-80 watts. To produce this amount of power, an engine has to work harder and consume more fuel. Using conventional bulbs could be a costly proposition for motorists who drive a lot during the day. Luckily, LED light bulbs came to the rescue of the DRLs.

LED DRLs use 5-10 watts. Compared to a DRL with an incandescent or halogen bulb, they are 80% more energy efficient.

As a result, car makers have adopted LED light bulbs. If you own a relatively new car or van, you’ll already know about LED DRLs. If not, watch for them on other vehicles next time you’re driving. LED DRLs usually appear in a curved, eyebrow formation around the main headlights.

Following the success of LED DRLs, some car manufacturers have taken LED technology to the next stage. They are using LED light bulbs throughout their vehicles.

This means the demand for power from an engine’s alternator is far less than with conventional bulbs. This saves even more fuel than using just LED DRLs.

What’s more, LED light bulbs last 50,000 hours. Owners of an all-LED car can have better fuel consumption and will probably never need to change a light bulb again.  That’s good news all round.