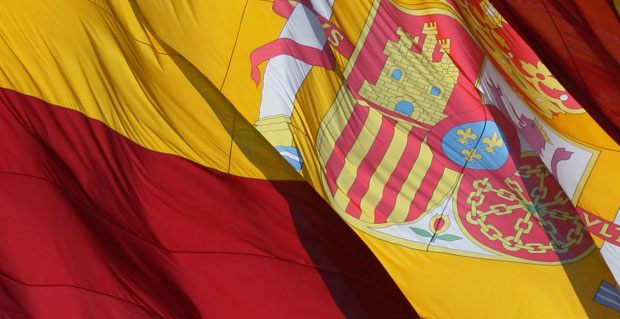 Spain is a favourite destination of UK holidaymakers. And in the past few years, the Spanish experience has improved still further thanks to LED lighting. So if you’re planning a trip to Spain, you may like to note how LEDs are making the country an even more desirable place to visit.

One impressive sight drawing people to the city of Barcelona is the Torre Agbar (Agbar Tower). Completed in 2004, the building stands between Carrer Badajoz and Avinguda Diagonal.

The tower rises gracefully from the ground, but what makes it a must-see attraction for visitors is its LED lighting system. 4,500 LEDs create computer-controlled images from the foot of the Torre Agbar to the top. Light pollution is negligible, and the total energy bill for the LED lighting is equivalent to less than 32 hair dryers!

Elsewhere in Barcelona, in the city’s Hospitalet de Llobregat area, is the Fira Gran Via Exhibition Centre. When you walk through the entrance hall on your way to attend one of the events here, you cannot fail to notice the 3600 LED lighting.  The display has a circumference of almost 100m, and is 1.5m high. Almost everyone pauses to watch the videos on the display, but if the entrance hall becomes crowded, you can also obtain a good view from the first floor.

The circular display is not the only imaginative use of LED lighting at the Fira Gran Via, however. When you proceed to the exhibition pavilions, you will see innovative LED displays at most of the entrances.

When it comes to LED lighting, Spain’s capital does not allow Barcelona to take all the glory and attention. In Madrid, you can read the temperature from a giant LED thermometer.

The thermometer is on the side of the Gas Natural building at Calle de Corazón de Maria 38, and consists of 3,200 LEDs. These replaced a previous giant thermometer lit by halogen bulbs. The LED lighting has cut maintenance costs, and reduced the bill needed to power the thermometer by 85%.

Spanish nightclubs get in on the LED act.

LED lighting has also made its mark on Spanish nightclubs. Apart from the bulbs’ low power and maintenance costs, LEDs provide a colour-changing flexibility ideal for creating atmosphere and excitement.

One example of LED lighting used to spectacular effect is at the Galliano club in Vigo. When you step into the club, you experience a sequence of flashing LED tubes synchronised to the beat of the music.

You may, of course, prefer to stay outside on Spanish nights and enjoy the warmth. If so, you may well find your way illuminated by LED lighting.

The Spanish Renewable Energies Foundation is promoting the replacement of traditional street lights with LEDs. In the Balearic city of Ibiza, for example, most lamps in public areas now have LED bulbs. The annual saving for the city’s power bill is €90,000.

Some Spanish streets have a wireless LED lighting system. The LEDs use significantly less electricity than standard bulbs, and have motion detectors and timers. This means the LED lighting is on when needed, and does not illuminate empty roads in the middle of the night.

LED lighting is now so popular in Spain, you’re almost certain to see it in one form or another when you visit. LEDs are helping to keep Spanish maintenance and fuel costs for lighting down. They also provide an excellent quality of light.  If you’re planning a trip to Spain, you couldn’t ask for anything more.