The evolution of LED lighting technology

The evolution of LED lighting technology 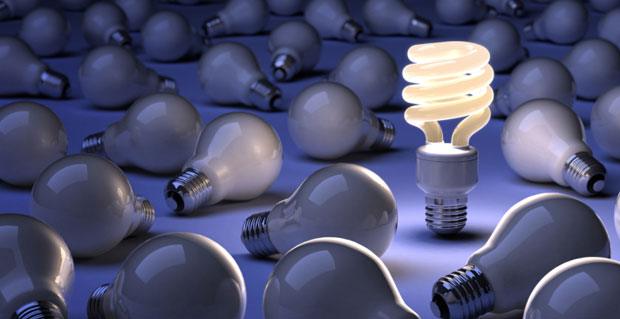 LEDs (Light Emitting Diodes) are not a new technology. When they first appeared in commercial use in the late 1960s, only red LEDs were available, and they were often used as the power-on indicator on televisions and audio equipment.

During the 1970s, yellow and green LEDs were developed. They continued to be used as indicator lights and for the small displays in electronic calculators.

Although LEDs were very energy efficient, they were not used as a light source because they were too dim, and a white LED had yet to be developed. They were already showing extended life spans many times that of a traditional light bulb.

In the 1980s, new materials improved the efficiency of LED bulbs and, more importantly, produced a 10-fold increase in brightness. This enabled the new LEDs to be used more widely in signs, barcode scanners, message displays, and medical applications.

The break though, which was to turn LEDs into a viable light source, came as recently as 2009, when a new process cut manufacturing costs at a stroke by 90%.

Currently there are two main types of LED bulbs:

An LED bulb which uses the SMD technology has a number of small LEDs mounted flat on the surface of the bulb. This typically results in a wider light beam. Current SMDs are designated “5050” (previously “3528”) and the technology continues to develop. A typical GU10 LED bulb has 20 SMD LEDs, and produces the equivalent light of a 50W GU10 halogen bulb.

The original emphasis for LED bulb development was geared to replacing the GU10 and MR16 halogen bulbs because of their high electricity consumption (50 watts).

With the push given by legislation to ban incandescent bulbs in general lighting, and the advances in LED technology, LED bulbs will soon become the norm, and CFLs will be seen as a transient improvement in energy efficiency.

As LEDs produce more light for less electricity, last much longer, and don’t contain hazardous chemicals, they are the logical choice for future lighting applications.