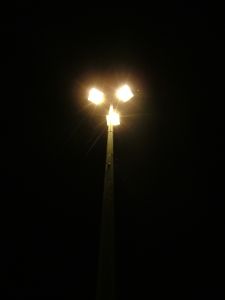 A year after installing new street lights, West Sussex County Council is looking at switching to part-night lighting. This would mean that residential areas will be unlit between midnight and down but the city centre will remain lit throughout the night.

The council’s 25 year contract with SSE has received many complaints by residents of Chichester, as the lights were too bright and shone through the night, impairing sleep.

One of the residents, Mary Carless, said: “To my absolute horror, the light was put outside my house from across the road. I love change, but it stops you sleeping. I just think in this day and age it’s very sad to have lights on all night long.”

A spokesman for the County Council said: “Following recent installations of new equipment in Chichester, WSCC has understood from feedback received that many residents are not in favour of all-night lighting and would prefer to see a return to a part-night lighting regime. WSCC would certainly support such a move.”